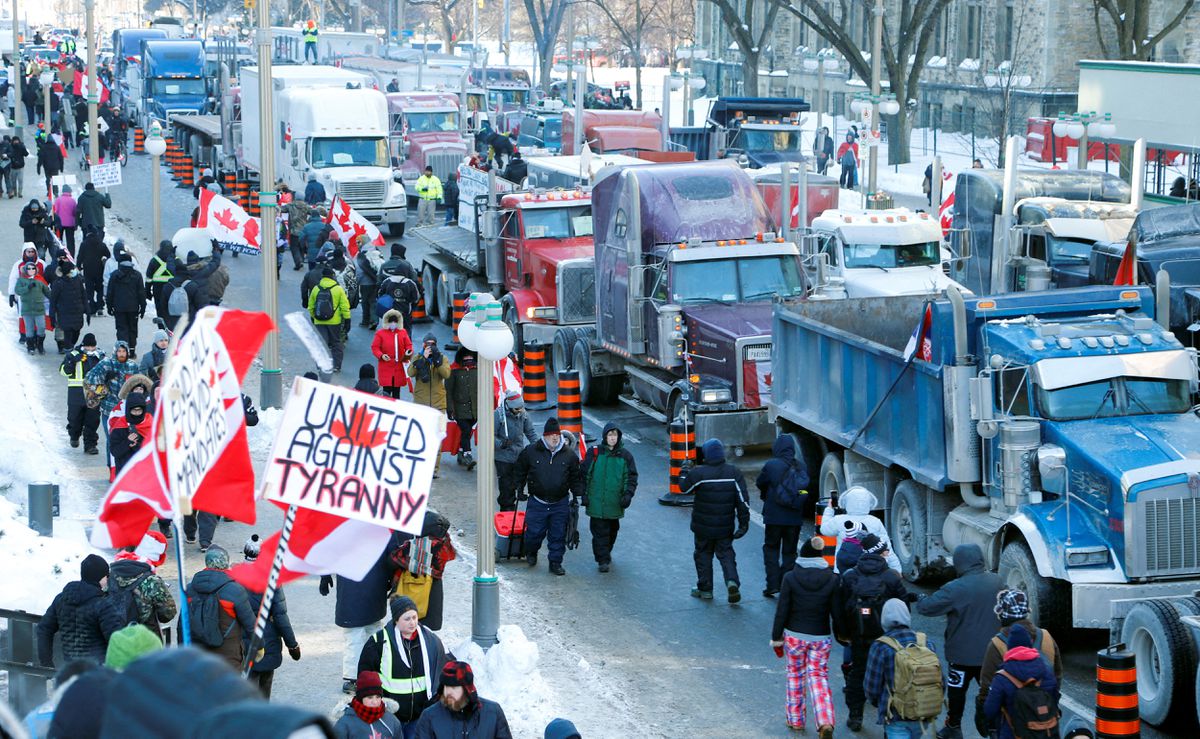 Globe Editorial: The ‘Freedom Convoy’ carried a lot of bad ideas – but the people on board are not the enemy

Do you remember what it was like two years ago? Remember how Canadians were united in a sense of solidarity that even if things were bad, at least we were all in this together?

That was then. And it is now.

At a news conference on Monday morning, and later in the afternoon during Question Period, Prime Minister Justin Trudeau took a particularly personal and confrontational line of attack against protesters who took to the streets downtown Ottawa last weekend.

Given that the misnamed Freedom Convoy and those who have gathered around it want an end to vaccination mandates, even an end to vaccines, the Prime Minister was of course right to reject these calls. Obviously.

However, in responding to the horns outside his office, the Prime Minister went far beyond simply rejecting their demands. Instead, from Mr. Trudeau, ministers and MPs made remarks that seemed intended to polarize and radicalize the situation, demonizing the protesters rather than calmly refuting their ideas.

The government essentially said that the protest participants were so deplorable that it abdicated the democratic responsibility to discuss with them.

Surely that will appeal to some voters on one side of the spectrum, and that’s why the Liberals went for it. It’s also, after a decade of social media immersion, how more and more people think democratic discourse works — you find a way to declare your opponents irrelevant, then you overrule them. It is difficult to see how this approach, at a time of growing division and growing frustration, serves the national interest.

These days, the Canada of our collective imagination has faded with the country we regularly see on TV – American TV. But the United States of America of CNN and Fox News is not Canada. Yet the Freedom Convoy, as it approached Ottawa, began to be portrayed as a CanCon version of the January 6 storming of the US Capitol. And the national media prepared to cover it as if it was going to be something of such magnitude and such threat.

This was not the case. Instead, there were a few hundred trucks blocking the road and a few thousand people on foot. A medium-sized disturbance, not an insurrection. Like many protests, there was a street party atmosphere, as attendees basked in the affirmation of like-minded people. And yes, idiots have climbed the National War Memorial; some decided to demand free lunch at a homeless shelter, some marched through a mall without masks, and among the thousands of Canadian flags, a few had swastikas drawn on them. But the truth is that the protesters were, on the whole, mostly peaceful.

The problem is not that the people who showed up in downtown Ottawa on Saturday and Sunday (and with the exception of a dwindling truck fleet were largely gone on Monday) are all dangerous extremists and violent. The problem is that what they believe, about the pandemic and vaccines, is wrong and wrong.

The government should not adopt the policies it proposes. Of course not. But it’s not because they are insufferable monsters. He shouldn’t give in to them because the answers they offer are the wrong answers.

Vaccines have saved thousands of lives in Canada and prevented many more hospitalizations. That’s why closed restaurants in Ottawa and the rest of Ontario were allowed to reopen on Monday. Some demonstrators carried signs saying “Freedom is not free”. They’re right. In this particular fight, getting vaccinated is the “cost” of freedom. Compared to the price paid by Canadians commemorated at the Tomb of the Unknown Soldier, this is not a very high price.

Every MP, regardless of party, should always stand up for the right of Canadians – especially Canadians with whom they disagree – to demonstrate peacefully, in a public space, at a time and in a place that does not not unduly disturb their fellow citizens. But anyone with a shred of common sense should also strongly disagree with the views of the Ottawa protesters.

Want a peacock? Adopt one from this NH animal shelter