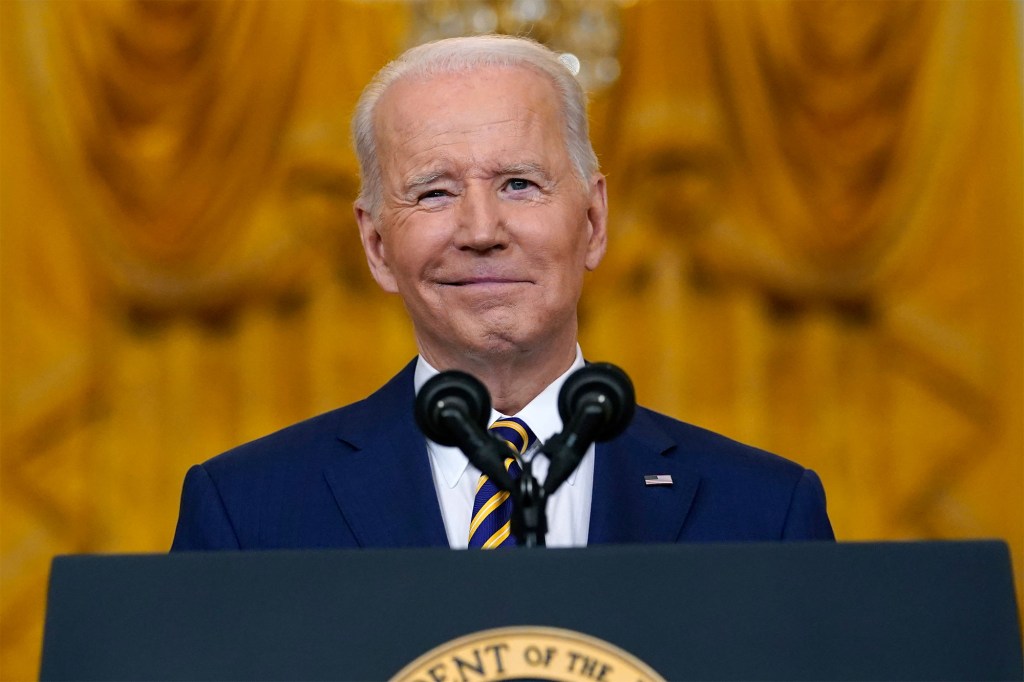 President Biden, it’s you – not the Republicans – who are out of ideas

Mr. President, you asked at your press conference last week, “What are Republicans for?” What are they for? Name me one thing they are meant for.

Unfortunately, your cheap rhetoric is emblematic of your reluctance to seek advice from anyone beyond your managers. Mr. President, it is you who seem bereft of ideas for solving our nation’s crises.

Republicans fight to preserve the American way of life and our traditions enshrined in our founding documents. Abraham Lincoln was our party’s first president. With Martin Luther King, no one in history has fought harder for the freedom of American children. Republicans understand that bias can never be fought with more bias.

Treating all people as individuals, not as part of a subset of Americans, is the way to overcome group injustice. Although a stifling political class suppresses duty, honor, healthiness and faith, these traits are the heart of America: their rhythm is strong for those who have ears to listen. We are for them.

Republicans realize freedom is in jeopardy because the self-proclaimed ruling class that funds the Democratic Party to cover up its own greed does not understand freedom. These usurpers pocket citizens’ hard-earned money or print it, causing inflation, the most regressive of taxes. The cost of basic goods ─ food, gasoline and housing ─ make up the largest proportion of wages for American workers who have no letters after their name.

Republicans hold these truths: freedom, as promised in our Declaration of Independence, is our birthright, but it is possible only under limited government; expansive government, acting recklessly, subverts individual action and choice.

Republicans believe that the free expression of faith and the sanctity of the American family are prerequisites for and the pursuit of happiness and the enrichment of our nation. Any government agenda that circumscribes faith or hurts families is unacceptable, but Democratic politicians are inflicting a cascade of actions against these central institutions, intent on substituting reverence for an all-powerful state for our love of God and to the blessings of those who are dear to us.

Republicans know that parents and families are central to the success of civilization. We are for them, while you, Mr. President, seek to demand that our children wear masks and learn that our nation is built on a racist understanding of our foundation.

Republicans believe that we should reinvigorate our schools and learn from history, not destroy it, and that parents should choose where their children are educated.

Republicans believe that every life is precious and every person deserves respect because everyone is a gift from God.

Republicans believe the free market is the engine of economic growth for America and the world. True innovation and the unleashing of human potential are never achieved by dictatorial bureaucrats, who see themselves as the creators of tomorrow, although they cannot manage the present.

Republicans think we need to preserve our environment. American energy independence is necessary to ensure clean air, clean water, and the vibrancy of our heartlands and cities, because abundant electricity is essential to creating the jobs and prosperity needed to address environmental concerns.

Republicans believe, like George Washington, that a strong defense is the surest way to secure peace, because timidity in the face of belligerence invites conflict and, with it, the loss of life.

Republicans think China is an existential threat and cannot be trusted. Beijing has hidden the origin of a vicious plague, allowing it to reach every corner of the globe, killing millions and wreaking havoc.

We must thwart China’s theft of American jobs and intellectual property. Communist China cannot be appeased; it must be confronted and its deceptions and crimes exposed, but that is impossible for an administration that does not believe in American exceptionalism.

Republicans argue that one of the pillars of humanity is nationality: those who seek to overthrow it speak of a past that never existed and a future that must never exist. We have to finish the wall because sovereignty matters.

Mr. President, you promised to restore the respect of other nations for America, but you are the architect of the murderous and calamitous retreat from Afghanistan that has both armed and invigorated our country’s enemies. Republicans are there to support friends like Israel, while you sit in Vienna with the butchers of Tehran negotiating with theocrats seeking to destroy Jerusalem, the cradle of our Abrahamic traditions.

American energy independence is lost because you put Russia and Saudi Arabia in charge, with predictable results. Inflation is rampant and our economy is in tatters.

Will you change course, sir, or will you preside over the collapse of our principles, our traditions and our civil society?